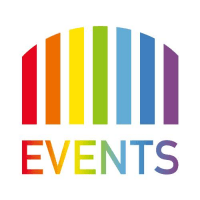 Thanks to all of you, VITA is celebrating its sixth anniversary! Thank you so much for the amazing six years.

Our memorable 6th anniversary party will be VITA's first Halloween party. Come join us for a different kind of horror VITA!

This program will be live-streamed for three hours from WARP SHINJUKU, a world-leading club located in Kabukicho, Shinjuku.

The event will include a three-hour set by DJ TOMO, the resident DJ since the launch of VITA; five go-go dancers, including two making their VITA debut, KENJI and VERA, in a special showcase; and rare interviews with the performers. Join us for nonstop fun and excitement, navigated in English and Japanese by two super-fabulous drag queens extraordinaires.

The music will be delivered in the highest quality sound from the on-site PA mixer, so feel free to turn the volume up.

Even those living outside of Tokyo can feel the power and presence of the party as if you were there. Come join us for an amazing experience at VITA HALLOWEEN.