We will have scheduled maintenance on August 15th from 3:00 - 6:00 am. We apologize for the inconvenience. 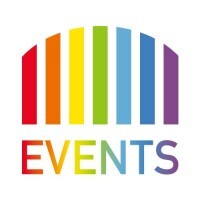 "Crossroads" is a short film made by the Nanairo Chikuwa Project, a collaboration between RainbowEvents, a company that produces a number of LGBTQ+ friendly events, and the visual group Chikuwa Film.

The film was produced with the support of many people who participated in the crowdfunding campaign, and depicts the human drama of seven men's encounters.

In August, we held a screening in Shibuya, Tokyo, but since it was only a two-day screening at Corona Peril in Tokyo, we received requests from many people for online distribution.

And now, at long last, we have decided to make it available online for one month only, starting Saturday, September 18!
You can enjoy "Crossroads" on your phone, at home.

At the screening in Shibuya, only the Japanese audio version was shown, so we apologize that those with hearing disabilities were not able to enjoy the content to the fullest.

This online streaming is available with subtitles in Japanese, English, and Chinese.


[About the Pamphlet and Dice Special CD]

In addition to watching the movie, tickets are also available with a pamphlet and a special Dice CD.

The pamphlet is 16 pages in all color and includes messages from the cast, director and producer.

Please note
Pamphlets/CDs will only be sent to addresses in Japan.
Tickets with pamphlet and/or CD are only for those living in Japan due to high overseas shipping costs.